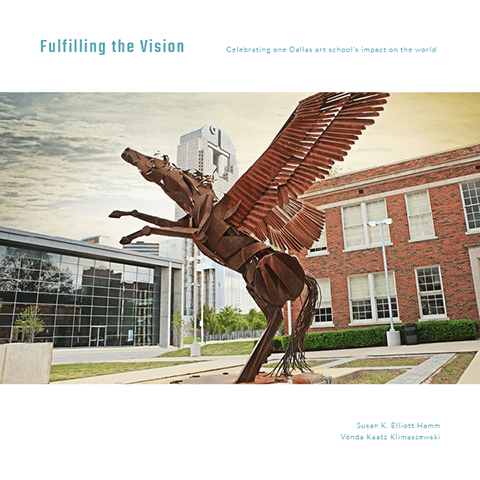 Fulfilling the Vision:
One Dallas Arts School’s Impact on the World

Buy the Book that Traces 40 Years of Creativity

Can an arts education make a difference? What happens after high school arts school students graduate? Author Susan K. Elliott Hamm and photographer Vonda Kaatz Klimaszewski answer these questions by tracing the careers of dozens of students from Booker T. Washington High School for the Performing and Visual Arts in Dallas, Texas.

Where have the students of Booker T. gone? How have they changed the world? Read about famous and successful graduates of the school in the ultimate guide to the creative life and where an arts education can lead. Since the school’s creation in 1976, artists of every type have been nurtured at this award-winning Dallas high school in the Dallas Arts District. Recognized nationally and internationally, they have gone far:

Years in the making, this book tells the story of creativity and where an arts education can lead. Artists featured include costume, jewelry, clothing, car, video game and graphic designers, and even a robotics designer. Also: educators, theater directors, Hollywood and Broadway producers, filmmakers, rock stars, actors, actresses, playwrights, and musicians of every possible genre, including jazz, soul and R&B singers, classical pianists and saxophonists; plus choreographers, Broadway dancers and composers.